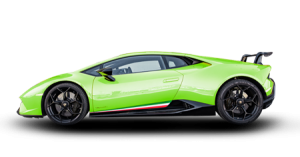 Lamborghini has been related to exclusivity and controversy since its beginnings, they are practically four-wheel legends that express the purest and most visceral sportiness. Everyone knows the origin of these cars, and the legend says that the tractor manufacturer Ferruccio Lamborghini, owner of several Ferraris and that they were failing because of the crochet.

Coincidentally these crochets were also mounted on Lamborghini’s tractors, so he told Enzo Ferrari in a meeting that he could offer him a solution for the reliability of his units. Enzo, annoyed, ran Lamborghini out of his office telling him to go back to his tractor factory, so did Ferruccio, but not before promising him that he would make his own sports car that would surpass Ferrari. Words more words less, many think that he did.

Lamborghin is a brand that speaks for itself, its models are easily recognizable wherever they are parked, and elevate your personality to record figures, it is not for nothing that there are those who say that Frank Sinatra said “You buy a Ferrari if you want to be someone, but you buy a Lamborghini when you already are”.

The house of Santa’Agata Bolognesse was founded in 1963, and after years of successful models, raging bulls, scissor doors, and extreme V12s under the philosophy of Ferruccio, who said that if people didn’t turn around and look at his cars with their eyes uncrossed, his designs were not extreme enough.

After Ferruccio’s retirement from the company, it went through years of economic crisis very difficult to overcome, this, until the purchase of the brand by the Volkswagen group in 1998. After the purchase the classic German efficiency was implemented to the brand, modernized its facilities in Santa’Agata Bolognesse, and brought the quality of Audi, but retaining the more aggressive and characteristic style of Lamborghini.

Today the brand is oriented to vary a little in models, but retaining the classic lines with models like the incredible Huracán in all its variants, and venturing into new areas such as the SUV with the best performance in the market, the Urus.

Currently one of the wildest models on offer is the Huracán Performante, a street sports car, but fully capable on tracks. It has revolutionary design elements such as the Forged Carbon, which results in a much lighter carbon fiber composite, or the LDF, Lamborghini’s dual-clutch gearbox.

Driving one of these cars is a must experience for anyone, even if the aesthetics of the car are not to your liking, driving it will probably change your mind. They are cars that provide an extreme driving sensation, with driving modes that enable all possible assistances for a very safe driving.

They have the possibility to deactivate the traction control on the track and unleash the full power of these Italian monsters. If you like naturally aspirated cars, with big engines, luxury, technology, and the heavenly roar that only Italians can achieve, this is definitely a brand for you.

Requirements to rent a Lamborghini