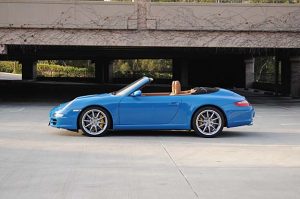 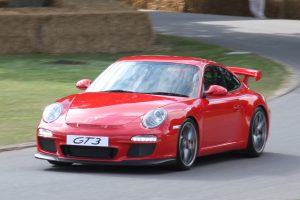 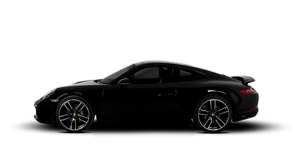 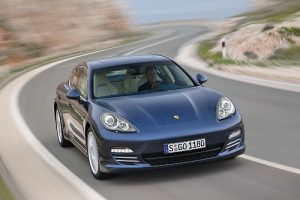 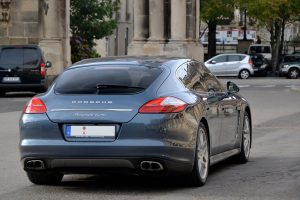 Porsche is a German sports car factory and owned by Volkswagen Group, and was founded in 1931 by Ferdinand Porsche and his son Ferry Porsche. Porsche has a long history despite being a relatively young company, during the Second World War participated in design teams responsible for the amphibious version of the Volkswagen Kübelwagen.

Subsequently Ferdinand was forced to work for Renault on a project that would later derive the future 4CV model. Ferry, his son would become part of the company practically from its foundation, where he was first responsible for the Volkswagen research department. It was there where they developed the original Porsche roadster, with an engine derived from the Volkswagen, but with 35 horsepower and aluminum bodywork and known as model 356.

In 1950 Ferry felt the need to replace the 356, and the premise for designing this car was non-negotiable for the design team. It had to be rear-engined and air-cooled, so the team decided to opt for a 6-cylinder boxer. The model resulting from this work was presented in 1963, called 901, but Peugeot filed a lawsuit so the model was renamed 911.

The model became more expensive as it was equipped with higher performance, but nevertheless Porsche chose to market a 4-cylinder version of 1.6 liters and was called 912. In 2002 the new plant from which the Cayenne was inaugurated, this model represented a variation to the trend of the company, this being the new all-terrain model and suitable for family trips, something never seen before in the company.

Porsche has more than 30,000 victories in all kinds of competitions, reaching very high performance levels in most of the competitions in which it participates. Porsche models have been oriented to competition since its early years, with cars of a purely aerodynamic design and with very dynamic driving characteristics, to make it more fun to drive.

Currently Porsche’s product range consists of the Boxer, Macan, Cayenne, Cayman, 911 and Panamera models. Emblematic models such as the 911 have radical versions ideal for the track, such as the GT2 or GT3, which are built with the lightest materials and the latest technologies to perform at their best in any situation.

The range of cars offered by Porsche today from pole to pole from the Cayenne as a sport utility to the Macan, a fully electric plug-in car that will be available in 2020. This introduction of the electric model gives us a hint of the company’s next steps. Porsche says the car will feature the driving characteristics of its combustion models but powered by electric motors and a lithium battery pack.

To drive a Porsche is to realize performance-oriented details from start to finish but in symbiosis with elements such as entertainment, navigation, and safety assistance that make the ride very pleasurable.

Requirements to rent a Porsche