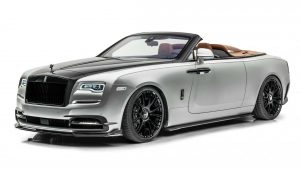 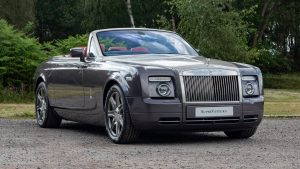 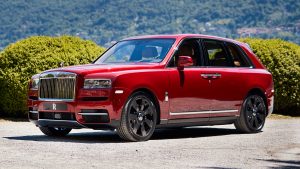 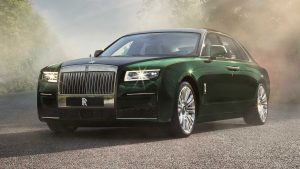 This legendary brand traces its roots to Henry Royce’s electrical and mechanical business, which began in 1884 and grew into an automobile manufacturing company in 1906. Royce built his first car in 1904 and soon met Charles Rolls, owner from a car dealer. Royce’s car-building skills, coupled with Rolls’ business acumen, gave rise to Rolls-Royce Limited, an automobile manufacturing company founded on March 15, 1906.

Aside from the charisma of the brand, the hood ornament on Rolls-Royce cars is much more symbolic of the brand. Called Spirit of Ecstasy, it features a woman leaning forward with her arms outstretched behind her. Also, an undulating fabric runs from her arms to her back, resembling wings. However, Rolls-Royce began its association with India through the country’s aerospace sector in 1932, when Tata Aviation Services launched its first Rolls-Royce Gipsy-powered aircraft, and soon after, the Indian Air Force took to the skies in 1933. , with Bristol Jupiter engines.

This shows that it is an extravagant symbol of class and elegance that will continue to grow and strengthen over the years. In our “Brand Identity” series, we talk about the secret ingredients that make certain automakers special. In the case of Rolls-Royce, it would be too difficult to talk about all the reasons why its cars are unique.
To keep things simple, we’ve decided to do an article writing down the reasons why their cars are so awesome. We will focus on specific characteristics, as well as intangible aspects that add value to the brand. As some of the items on the list are not tangible, they are based on opinions. So if you have another reason why you think RRs are special, let us know in the comments.

The ultimate celebrity accessory When discussing the ideal vehicle for a Hollywood celebrity, the Range Rover always comes to mind. Yet when you look at the richest people on the planet, you only think of one car, the Rolls-Royce.

When you dream of expensive cars, the idea that so many celebrities all drive Rolls-Royces certainly adds to their appeal. Many people dream of living the celebrity lifestyle, and the Rolls-Royce has become as much a part of that life as Gucci and Armani designer clothes.

When people buy clothes, the brand name can make certain items cost ten times more. Discount store knock-offs may offer similar quality, but bragging about spending more money than someone else may be more important.

In the case of cars, this parallelism is a bit similar. There’s a reason people prefer to buy a 180-horsepower BMW 320i over a similarly priced 300-horsepower Volkswagen Golf R. The Spirit of Ecstasy is the most impressive automotive mascot, one that no other automaker can match.

Exquisite Materials One of the most annoying things about an expensive car is having fake materials. A six-figure car shouldn’t have fake wood or leather, but it does. In a Rolls-Royce, everything you touch is what it is. If something looks like metal, it is. If the backsplash has wood material, it has been collected by cutting down a real tree.

Rolls-Royce has even used gold and crystal for the special edition versions. Even the leather used by Rolls-Royce is collected from bulls and not from cows, because cows can have stretch marks when they are pregnant. Having a hand-built interior definitely makes Rolls-Royces special.

The driver doesn’t have to get into a Rolls-Royce and learn how everything works. Everything happens naturally. This is why Rolls-Royce is so different from other luxury car manufacturers.